Alonas Peciulis was the centre of attention again as he led Gintaras to another convincing win in the U14 division with a game high 19 points.  The win kept Gintaras perfect in league play with a record of 3-0, while condemning Harrow to their fourth loss of the season and still in search of their first win.

Gintaras came out of the blocks firing on all cylinders in the first quarter behind Peciulis’ hot hand, driving to the basket and leaking out on multiple fast breaks, establishing an early 11 point lead that the Blackhawks were never able to recover from.  Gintaras’ Tadas Girnius was also in good form adding 6 points of his own as Gintaras ran out comfortable winners by a score of 37-12.

Peciulius has thus far been unstoppable all season and undoubtedly one of the top players in the league, leading his team in scoring and proving to be a handful for opponents across the league.  Long-limbed and agile, Peciulius has been developing rapidly this season and appears destined for big things.  Most notable is his composure and competitive drive: “We played well as a team today and it was another good victory.  We are focused this season and want to win the league so we work hard in practise to get better each game and plan to do that all season long”. 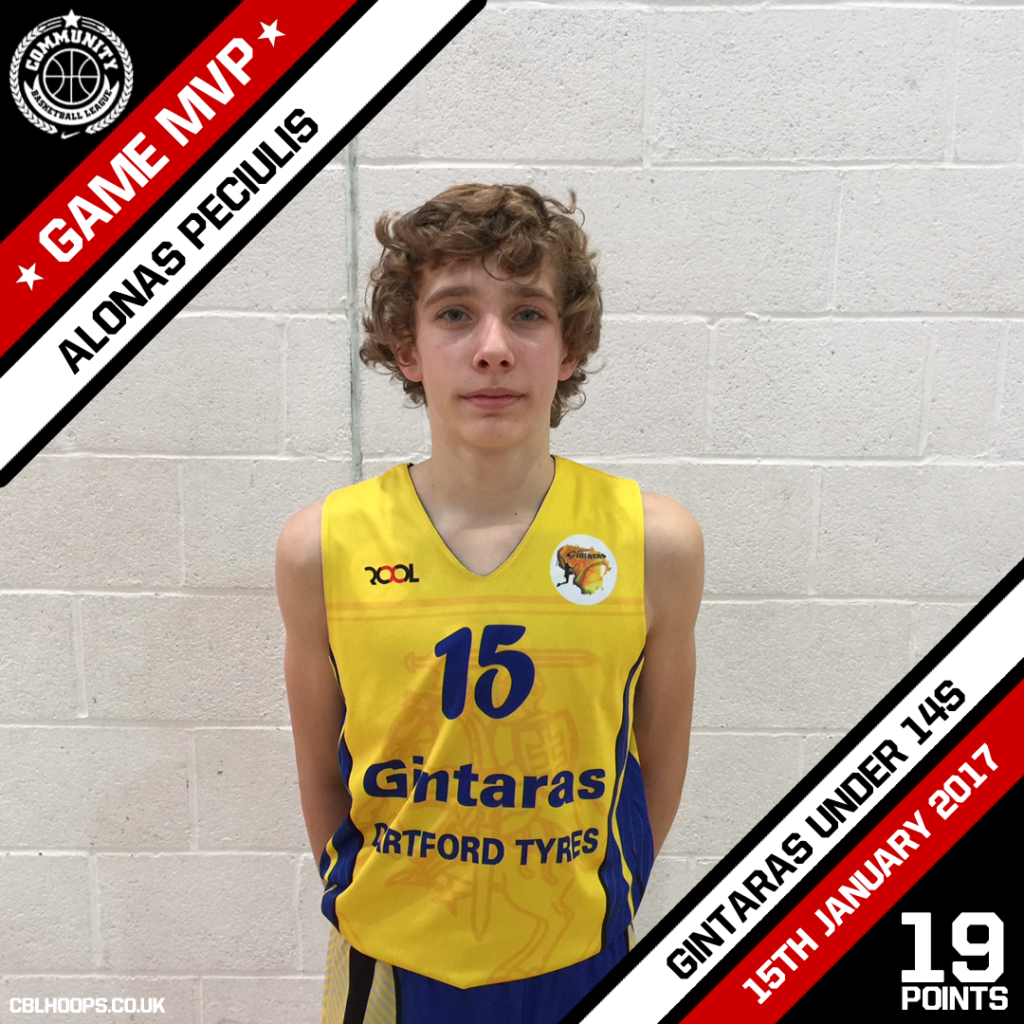