KNIGHTS TAKE DOWN WESTSIDE TO SECURE 3RD SEED IN U14 PLAYOFFS

K&C Knights completed their impressive run in the U14 regular season with a piercing win against Westside to the tune of 34-16, behind Dylan Aeri’s 12 point MVP performance.

In the last regular season game of the season for both teams, the Knights were playing for top 3 playoff positioning while Westside had to win to secure the 8th seed and the final post-season berth.  Despite the disparity in their positions in the league, it was K&C who jumped out to the fast start, leading 7-0 after the first quarter, sending a shell-shocked Westside into the first break without registering any points on the board.

A strong offensive display by Dylan Aeri continued to pile the pressure on Westside in the second quarter and pushed K&C out into what would be an insurmountable lead at 15-2 at the half.

Both teams are well coached and well-respected throughout the CBL, so it was no surprise to see Westside come out stronger in the 2nd half, after a ‘team talk’ with their coaches.  Javi McGowan and Louis Savastano both contributed 3 points each in an admirable attempt to get back into the game – but Aeri was joined by the impressive Adam Beau-Ayed (6 points) in the K&C attack which ultimately proved too much for Westside to overcome.

“It’s coming together for us, slowly but surely” said K&C coach Josh Cole. “I want to give full credit to Westside who are always so disciplined and well-organised. They have great coaches over there and we always enjoy playing against them as they are great test.  I just feel our guys are starting to understand how to play together and work off of each other as a unit, to compliment the individual skills of Dylan and Adam today” Cole concluded.

For the Knights, the win moves them to a final regular season record of 8-2 and a solid third place finish as they enter the playoffs as the 3rd seed.  For Westside, the loss moves them to 9th place with a 3-7 record, which matches 8th placed Harrow Blackhawks who won when both teams went head-to-head earlier in the season.

However, it’s far from all doom and gloom for Westside as they continue to impress in the U12 division, currently sitting in first place in the Western conference with just 1 game remaining of the regular season.  They’ll undoubtedly be a team to watch in the post-season in the U12 division as they prepare to defend their crown – while going into the U14 competition next season, a year more experienced and looking to build upon the 2016/17 campaign. 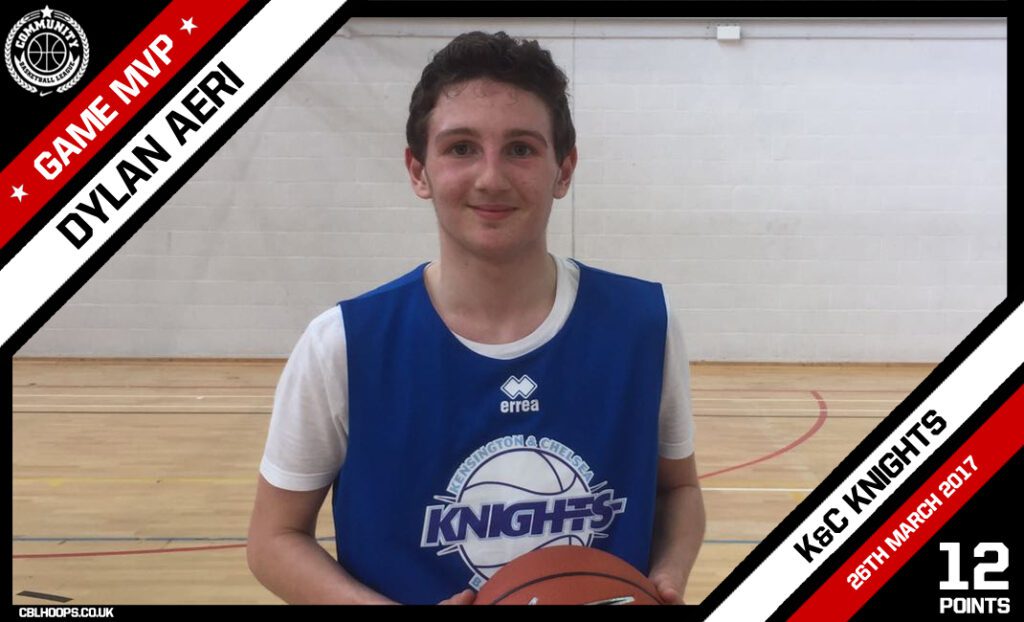