HARROW USE THE FORCE IN OVERCOMING JEDI’S

Both teams have found the wins to be few are far between this season in the division, with Harrow the only one of the two hanging on to the slim hope of sneaking into the playoffs as the 8th seed, at 2-7 going into the game. With that in mind, the West Londoner’s attacked the game with more purpose and built up an early lead in the first half, 9-6.

In the second-half, Owusu began to make his presence felt with some scintillating outside shooting, hitting the bottom of the net on 3 long-distance bombs to push the Blackhawks out into an insurmountable 6 point lead.

The 20-14 final score signalled the end of the regular season for both teams with Harrow now having to wait and see if the remaining results from the division games will fall in their favour.

Jedi’s have had a strong U12 season and with many of their U14 players eligible again next year, this season was all about experience against older competition which they will look to build upon in the 2017/18 campaign. 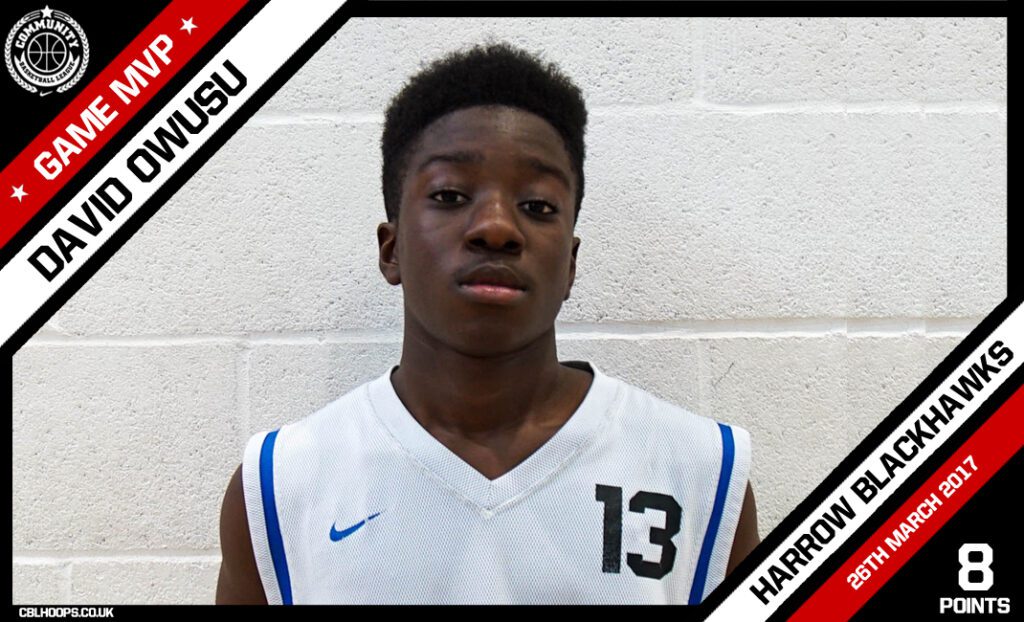